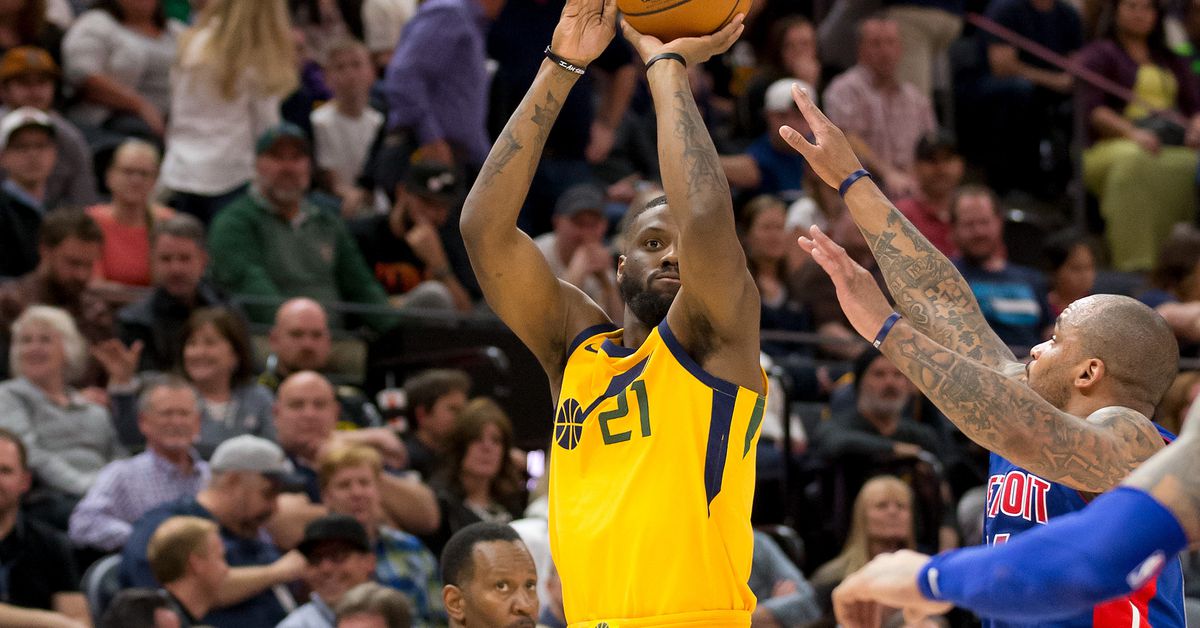 As our last note from the Utah Jazz Team on Georges niang focused on someone who has been in the G-League furnace for a few years now and ready to go out, Erik McCree is just going into the fire. Erik McCree played for the Sioux Falls Skyforce and the Salt Lake City Stars. It was signed a month before (December) Georges Niang. He started the season with the Miami heat go to training camp with them before getting up in October.

If you don’t remember seeing Erik McCree on the pitch, you are probably right. He only played 4 games for Utah and averaged 2.0 minutes in those games. He still has not scored his first point in the Association. McCree is another of Dennis Lindsey’s gambits to find another value on an inexpensive contract.

Erik McCree didn’t do too badly once he donned the Salt Lake City Stars’ uniform. He averaged 18.9 points per game with an eFG% of 50.1% while adding 5.1 rebounds and 2.4 assists per game. The 6’8 forward from Louisiana Tech takes a path familiar to the former Jazzman in history. The two Paul Millsap and Karl Malone have walked this lonely road from the small college to the big leagues. Paul Millsap started out about as little-known as he could get as he went from an afterthought second-round pick to an All Star in his career.

Erik McCree’s season with Utah is definitely incomplete, but the Utah Jazz has held him back and developed him since December, which could mean we could see something special from him in July during the the Utah Jazz Summer League.

Mychal Lowman: I don’t know what to think of Erik McCree. As Utah’s other two-way contract looks set to explode in the NBA, Erik McCree appears to be starting his journey. Although I hope Georges Niang can break into the NBA, I’m not sure he will do it with Utah.

Andy Bailey: Another incomplete here. McCree, however, averaged 17.9 points with a G-League percentage of 38.4 points.

Kaleb Searle: This note is just like McCree’s time in Utah. Incomplete.

Jordan Cummings: McCree did not find the field except for 8 minutes of lost time in 4 games. I haven’t seen him enough.

Diane: Again, an incomplete. I don’t know much about McCree.

Sam Goodrich: I, too, haven’t seen Erik play much, so I don’t really have anything to write down. He’s shot 38.4% out of 3 and has scored 17.9 points per game in the G-League this season, so that’s something to celebrate.