Is there still hope in this Utah Jazz team? 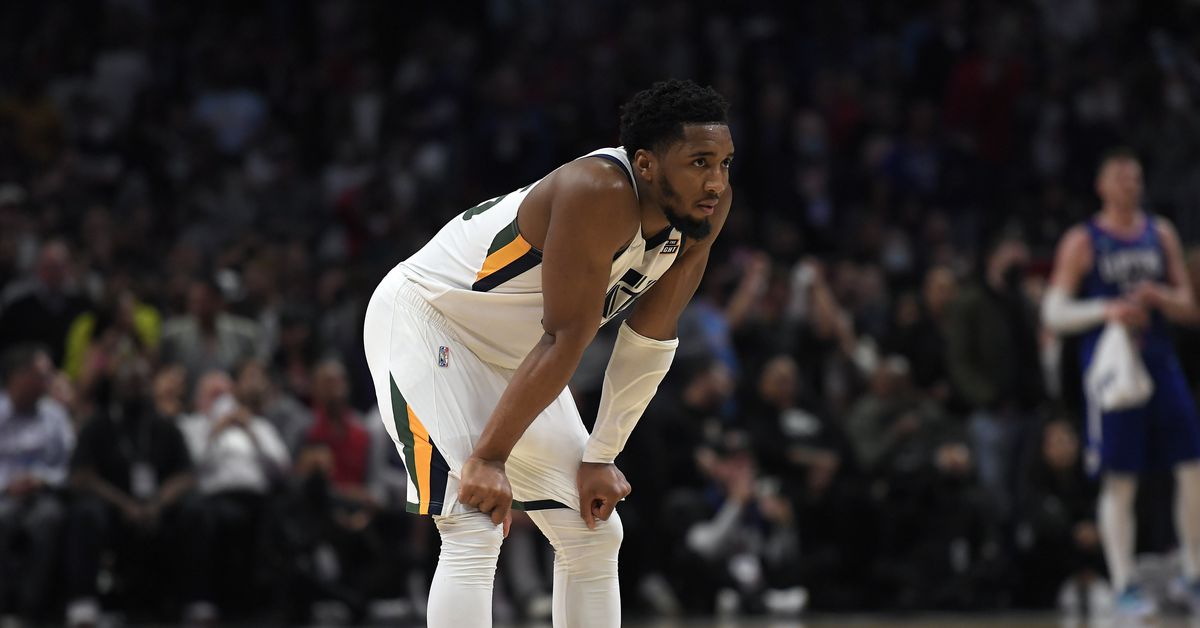 This 2021-2022 season has been interesting for the Utah Jazz. After a pretty pathetic collapse in the playoffs last season, the Jazz started over with most of the same team, changing a few minor positions. Throughout this year, they have seemingly put less emphasis on regular season games, hoping everyone will be healthy before the playoffs start. We are only two weeks away from the start of the NBA Playoffs, and the Jazz are neither healthy nor playing good regular season basketball.

The Jazz are in a bit of a spin on one of the most important stretches of the season. They lost consecutive games and fell to 6th place in the Western Conference. They’re coming off an embarrassing performance against the Clippers the other night, where they lost (yet again) a 25-point lead and crumbled in the second half. It was their 14th double-digit lead, resulting in a loss this season.

Jazz has blown double-digit leads resulting in losses this season.

Not only are the Jazz playing bad basketball, but they’re also dealing with injuries to key players. Bojan Bogdanovic and Danuel House have been absent for a few weeks. Both return to action tonight against the Lakers, but it will likely take them some time to readjust before the playoffs. Trent Forrest was knocked out of Tuesday’s game with a concussion after being hit by a restless arm from Rudy Gobert, and will likely miss some time. Hassan Whiteside has had foot issues and his return is indefinite. Probably most importantly, Donovan Mitchell is hobbling on one leg again and doesn’t appear to be 100%. After the drama with the medical team last year in the playoffs, you’d assume Mitchell is just going to keep playing and pushing through, which is admirable, but sometimes hard to watch.

To add on top of the mediocre game and bad luck of injuries, the Jazz just don’t have the right vibes right now. There’s a painfully obvious tension between Rudy Gobert and Donovan Mitchell, which honestly has been a thing all year. But when the Jazz start losing frustrating games, things get worse. Rudy making passive-aggressive comments to the media, Donovan “likes” tweets about Rudy saying these things. Just bad vibes.

So, with all that said, is there any hope left for this postseason from the Utah Jazz? I’ve been pretty optimistic about this team all year. I tried to focus on the potential of the current players, knowing that if they’re playing at their highest level, a championship run isn’t too far-fetched an idea. But looking at these past Jazz basketball games, and this whole year in general honestly, it’s hard to say the Jazz have shown us any solid signs that they can be a champion team this year. Not winning close games, shrinking in defense, not being able to dismiss good teams, etc. Is there hope? Yes, there is always hope. It might not be a whole lot of hope, or the amount of hope we all had going into the playoffs last year, but there is still hope. A big reason a potential run to the Western Conference Finals isn’t out of the question is the field. Like last year, the playoffs are open. If the playoffs were to start now, the Jazz would face the Mavericks in the first round. They would face winner Memphis and seed 7 (from the play-in) in the second round. None of these matchups really present an insurmountable adversary. The Jazz would avoid the Suns, who are clearly the best team in the NBA, until the Western Conference Finals. And even then, the Suns, who are a very good team, are not a juggernaut like we’ve seen in recent years with the Warriors, Spurs, Lakers, etc. who have won championships. The field is still wide open. While the Jazz haven’t really shown us any signs of a team that can make a run, you never know when they might flip the switch and surprise everyone. Going into the playoffs, my hopes are very low. Honestly, at this point, if they get out of the first round, I’d be a little surprised. And if they do, they might as well win in the second and make it to WCF. I guess we’ll see in a few weeks. It’s now or never.