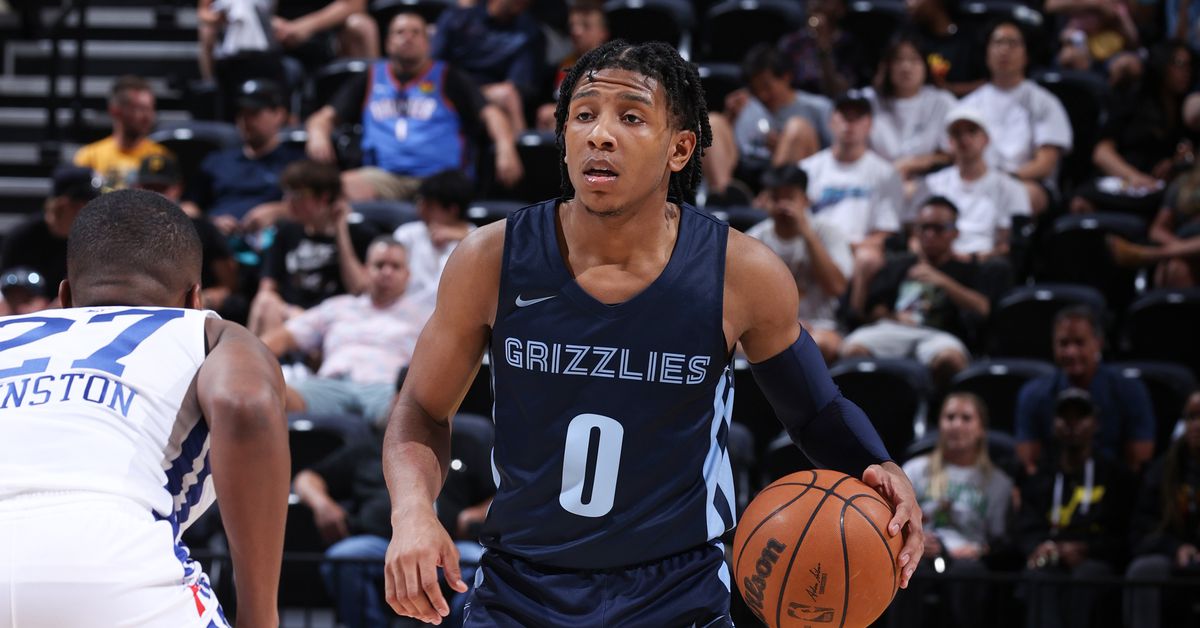 WHO: Memphis Grizzlies versus. Utah Jazz

The Memphis Grizzlies (1-1) wrap up their 3-game Summer League series in Salt Lake City, Utah with a game against the Jazz before the NBA world meets in Vegas for the 2K22 NBA Summer League.

So far in Salt Lake City, the Grizzlies showcased their top 8 players in their opener while continuing their G League training last night, with two-way players Kenneth Lofton Jr. and Vince Williams Jr. playing in both games. Predicting rotations in the summer league is never easy, but tonight will likely be a mix of both rosters, potentially featuring the guys who’ve played in both games so far in SLC (Lofton, Williams, Tremont Waters and Dakota Mathias) are all resting.

Here are some things to look out for as the Grizzlies wrap up their action in SLC.

On the ball, Ziaire was a bit mixed in the opener. Williams played with a relatively loose dribble, but it’s safe to say that’s something he’s been working on all offseason. Getting live reps on the ball will definitely help in the long run when it comes to Williams’ grip. He didn’t have a good night shooting the ball, as he only shot 5-13 from the field but shot 3-6 from deep. I’m less worried about the shot dropping, and more interested in Ziaire going to his spots and creating his own looks instead of just being primarily a catch and shoot option. For the summer league at least, I’d rather see Ziaire shoot under 40% if he gets double-digit attempts per game creating for himself.

Ziaire finished the game with 8 assists and showed great vision throughout the game which should get Grizzlies fans excited with Z as a secondary enabler. The 3 turnovers were a team high, but not so surprising considering it was Williams’ first opportunity to be the dude. He may not be as physically overwhelming and dominant as Desmond Bane was last offseason, but Grizzlies fans should be thrilled to see Williams grow outside of his comfort zone, taking the good and the bad.

With Jaren Jackson Jr. set to miss at least the first month or two of the season, as well as the departure of Kyle Anderson, frontcourt minutes are up for grabs to start the season. Summer league action won’t determine who gets those minutes, but it’s a good start to see who’s ahead. Santi Aldama and Xavier Tillman believe they have an early lead thanks to their time with the Grizzlies last season. Rookie Jake LaRavia can force himself into the conversation with the way he played in Game 1 finishing with 13 points and 4 rebounds to go along with 2 assists and 2 steals. LaRavia is the best of the 3 to space the floor, as evidenced by his 4-7 shot from deep. Tillman (16 points, 4 assists) and Aldama (13 points, 3 rebounds) weren’t left out either, so it’ll be fun to see how these 3 continue to perform throughout the summer league.

With big man Kofi Cockburn and potentially Tacko Fall in charge of the Jazz, the battle of the big men will be the game to watch tonight. Can Aldama and Tillman attack the two big centers, or will they be physically overwhelmed. Can the Summer Grizz gang bounce back to keep the big duo off the boards? Tonight is a good sneaky opportunity for Kennedy Chandler, who is coming off a game of 8 points, 4 rebounds, 4 assists, 4 steals and 3 blocks to continue showing his value as a complete player.