Perspective is everything for this Utah jazz team 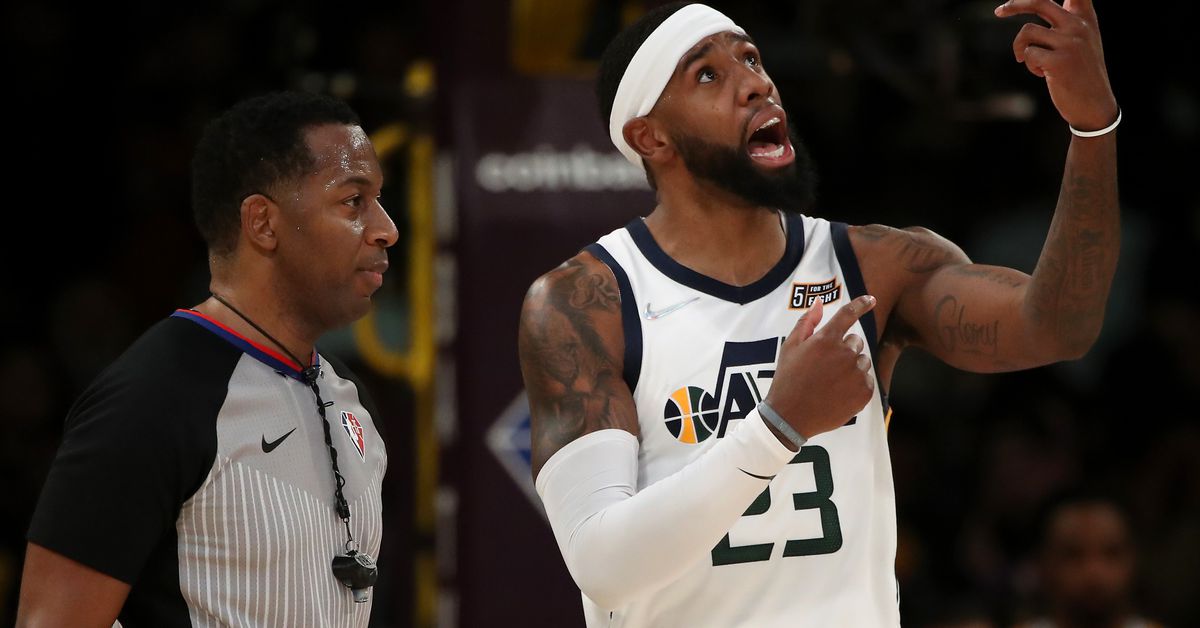 With the NBA All-Star festivities in the books and the extended break upon us, all eyes and minds are on the final leg of the season and how each team will end.

Story lines abound along this home stretch. Who accents the tank and who tries to sneak into the game? Who enters the playoffs on a hot or cold streak? How will injuries across the league and revamped rosters change the landscape in recent games?

The Utah Jazz have a lot of questions to address as we close out the season, but they are frankly all about perspective. Let’s dive a little deeper and explain why.

On the one hand, the Utah Jazz are a great team with superb offensive talent, a multi-DPOY winning player, and enough depth to weather a small storm or present opponents with different looks.

They are one of the winningest sides of the past two years and all the stats at box level support them as contenders. Take a look at one such metric, eFG% Advantage, which measures the average shooting advantage a team generates over their opponent.

Historically, this has been a strong predictor of the team’s success in the regular season. We can see Golden State, Utah and Phoenix dominating this metric. That’s not all, as we could point out with several contenders trailing around the league average.

However, it is an excellent base. From this perspective as well as other analytical approaches, the Utah Jazz have bright prospects ahead of them.

On the other hand, several eye-test indicators make the Jazz look like a house of cards waiting for an unsuspecting flurry to shake things up.

Whether it’s losing to the Detroit Pistons to close out a road trip or falling to the LA Lakers just before the All-Star Break, there are plenty of games that have even the casual observer anxious.

If bettors had placed a line on the frequency of post-match comments like “We knew we had to put our foot down but we just didn’t” the over/under would be surprisingly high.

In Jazz Nation, you have all kinds of fans. There is a lot of optimism and hope, while others are nervous or resigned to an inevitably disappointing post-season.

Seems like the average jazz fan has almost completely removed a title (or even a conf finale) from their realistic expectations this year.

The Utah Jazz’s near-term future isn’t all about perspective. Beyond this season with large tax bills, fewer and fewer draft picks, aging rotation players and the pattern of stars not sticking to their drafted team, the fan base and the league are asking questions difficult.

Is quin in the hot seat? Is Danny Ainge looking to revise this list? What does a championship roster around Donovan Mitchell look like? Is a retooling or rebuilding going on sooner rather than later?

The national media outlook is clear while what is reported locally is murky at best. One thing is certain: the next few weeks or years will be some of the craziest Jazz Nation has ever seen.

So that leaves us to decide what perspective to have on all of this.