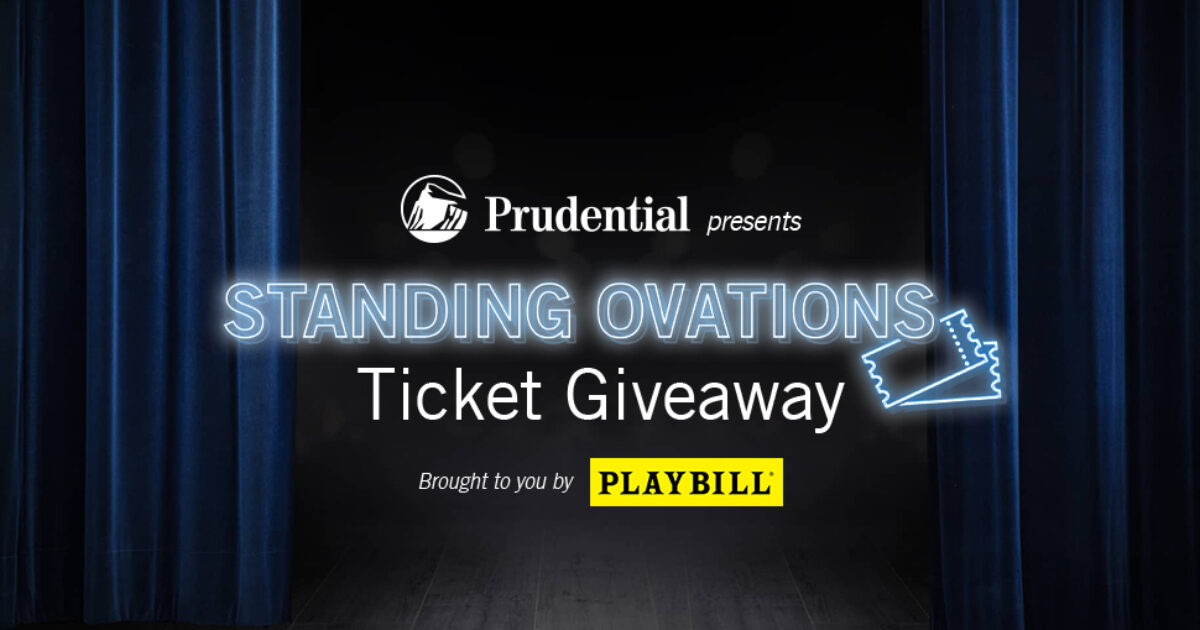 Every month for one year, Prudential is giving away free tickets to theater fans across the United States with the Prudential Standing Ovations Ticket Giveaway, presented by Playbill. To be eligible to win, entrants must answer the question “Which Broadway character or song inspires you, and why?” in a short essay or video. Read some of the most moving responses from the past month below.

Entries for this month’s contest will be accepted from November 17 through December 16.

Amanda Rajnauth: “I’m really inspired by Nina from In the heights. Like Nina, I’m a first-generation American, and I find her story of the pressure she feels from her community extremely relevant. I never felt like I had the right to fail, because I had already set those expectations of greatness. Also, I know how hard my parents worked to give me the opportunities I have, so the thought of failing seemed particularly repulsive to me. But Nina taught me that it’s okay to fail as long as you have the strength to get back up.”

Jules Gross: “‘Look what happens’ from News will always be one of the most inspiring Broadway songs for me. It’s really important to see female characters in the lead, and I love Katherine’s determination to do what was right even though it was hard. It’s also a super fun and motivational song that always makes me want to get up and do what I need to, whether it’s “act”, “take care” or “work”. It makes me feel super invincible and supported!”

Keith Weiss: “‘Before the Parade Passes By’ is a piece of music that encapsulates the power of getting out of your comfort zone before you run out of time. Musical theater is all about the immediacy of the stakes so high that they have to be sung. Watching someone take that risk to express their humanity through song is, to me, the most cathartic form of creative expression, and it would be the greatest privilege to return to a Broadway theater after 19 months.

Lindsey Johnson: “My favorite Broadway character is Jo from Little shredded pill. At a time when many are still struggling and struggling to come to terms with their gender identity, this show created a character left up to audience interpretation, giving every viewer the opportunity to see someone they are with. ‘identify.”

Barbara Hensyl: “Eliza Schuyler was such a strong woman who managed to raise her 8 children while doing so much good to society. She was a true inspirational heroine who couldn’t be held back.”

Marilee Castaneda: “‘Defying Gravity’ inspires me. As a middle school music teacher, I asked my 8th grade students to analyze the lyrics of this song. I hoped to inspire them to ‘Defy Gravity’ by going against what others might say they were doing if they felt it was wrong in their hearts. It was also meaningful to me and the students when talking about friendship and being true to himself.