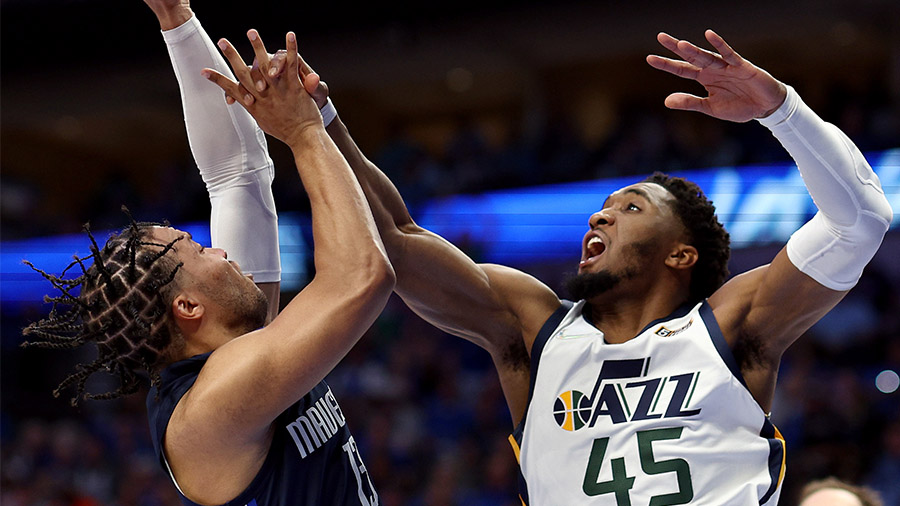 Mitchell scored 30 of 32 points in the second half to propel the Utah Jazz to a 99-93 win over the Dallas Mavericks without Luka Doncic on Saturday in Game 1 of their Western Conference first-round series.

Brunson kept the Mavericks competitive even without Doncic, registering 24 points, seven rebounds and five assists. Mitchell added six rebounds and six assists. The Jazz star shot 10 of 29 from the field and made 10 of 11 free throws in a productive outing after starting cold, missing all four of his shots in the first quarter.

There’s a strong contingent of Knicks — including William Wesley and Allan Houston — in Dallas to scout Game 1 of the Jazz-Mavericks series.

They got what they bargained for as Mitchell and Brunson showed. Both players have been linked to the Knicks for quite some time now.

In January, Fox Sports’ Ric Bucher reported buzz around Mitchell’s cloudy future with the Jazz, which has been a disappointment in the playoffs after strong regular-season campaigns in recent years.

“They’re a first-round exit from Donovan being in New York,” an Eastern Conference scout told Bucher.

Mitchell, a Westchester native and son of a New York Mets executive, still has four years left on his max rookie extension after this season.

On the other hand, Brunson is expected to become a free agent this summer. The former Villanova star has deeper ties to the Knicks organization than Mitchell. Brunson’s father was Knicks president Leon Rose’s first client and also played for the franchise. He was also on Tom Thibodeau’s coaching staff in Minnesota.

After a disappointing season that ended in a back and forth in the NBA lottery, the Knicks’ moves in Rose’s third offseason will come under scrutiny.