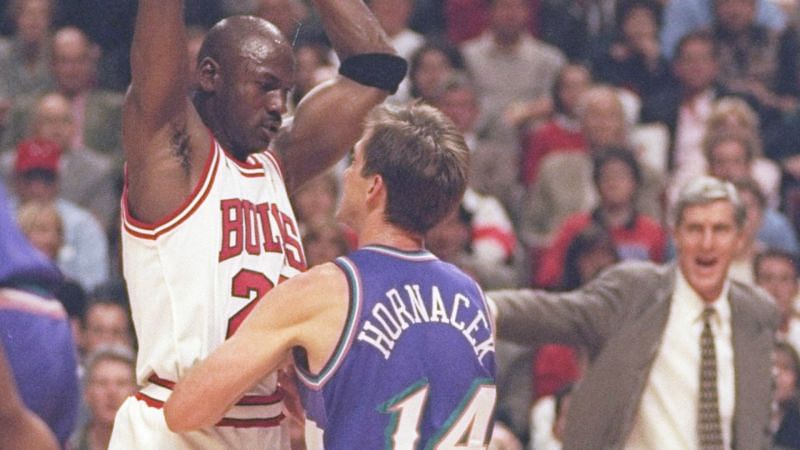 Jerry Sloan, an all-star player who became the most successful coach in Utah Jazz history, died on Friday after a long battle with Parkinson’s disease at the age of 78.

The Jazz announced Sloan’s death from complications of Parkinson’s disease and Lewy body dementia, which the Basketball Hall of Fame member revealed was battling in 2016.

Sloan coached the Jazz for 23 seasons before stepping down in the 2010-11 season and ranks fourth in NBA history with 1,221 wins.

His 1,127 wins with Utah are the second of all coaches with a single franchise, behind Gregg Popovich of San Antonio.

“Jerry Sloan will always be synonymous with Utah Jazz. He will always be a part of the Utah Jazz organization and we join with his family, friends and fans in mourning his loss,” the team said in a statement.

“We are very grateful for what he has accomplished here in Utah and for the decades of dedication, loyalty and tenacity he has brought to our franchise.”

Led by future Hall of Fame members Karl Malone and John Stockton, Sloan’s Utah teams were a model of consistency.

He guided the Jazz to playoff appearances for his first 15 seasons after being promoted to head coach following Frank Layden’s resignation in December 1988.

The Jazz have won 50 or more games 13 times during their tenure, evidenced by back-to-back NBA Finals appearances in 1997 and 1998.

Utah lost to the Chicago Bulls under Michael Jordan, the team Sloan spent most of his playing career with, on those two trips to the Finals, with each series ending 4-2.

He also coached the Bulls for three seasons before joining the Jazz organization as a Boy Scout in 1983.

Sloan compiled a regular season record 1,127-682 with Utah and amassed 96 more wins while leading the Jazz to the playoffs 19 times overall, with seven division titles.

A coach teaches. Inspired. Gives everything in the pursuit of something bigger. pic.twitter.com/FWOf9Jcm8s

He was honored by the franchise in 2014 with a # 1,223 banner, representing his combined winning tally with Jazz, who are currently hanging from the rafters of the team’s home, Vivint Smart Home Arena.

“Like Stockton and Malone as players, Jerry Sloan embodies the organization,” the Jazz said. “He will be sorely missed.

“We extend our sincere condolences to his wife, Tammy, to the entire Sloan family and to all who knew and loved him.”

Sloan also saw his No. 4 jersey retired by the Bulls in 1978, the first player in franchise history to receive the honor.

Nicknamed “The Original Bull” after being acquired from the Baltimore Bullets ahead of the 1966-67 Chicago expansion season, the McLeansboro, Ill. Native formed two All-Star teams in a race of 10. years with the Bulls which ended with his retirement in 1976.

Known for his tenacity and defensive skills, Sloan averaged 14 points, 7.4 rebounds, 2.5 assists and 2.2 steals per game over 11 NBA seasons, and is the only player in NBA history. league to average over seven rebounds and two steals per game.

“Jerry Sloan was ‘The Original Bull’ whose tenacious defense and nightly turmoil on the pitch represented the franchise and epitomized the city of Chicago,” Bulls owner Jerry Reinsdorf said in a statement.

“Jerry was the face of the Bulls’ organization from its inception until the mid-1970s, and rightly so, his No. 4 uniform was the first shirt retired by the team.

“A great player and NBA Hall of Fame coach, above all, Jerry was a great person. Our condolences go out to the Sloan family and all of his many fans.”

Sloan was inducted into the Basketball Hall of Fame in 2009, two years before stepping down from 54 games in Utah’s 2011-12 season. He joined Jazz as a senior advisor in 2013.