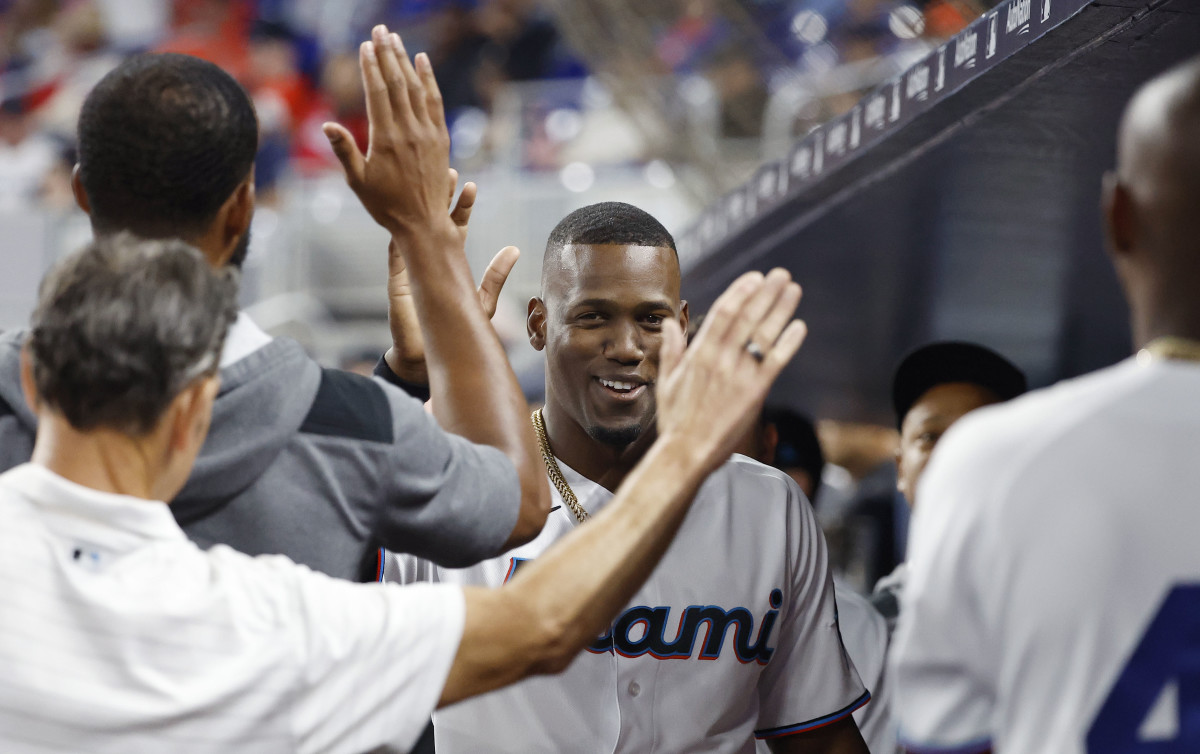 Even Braves catcher Travis d’Arnaud started cheering before pushing his way behind home plate. Soler removed his helmet and faced both sides of the park to applause before taking his batting position.

Soler also visited his former teammates before the game. You can find photos embedded in the tweet below.

The outfielder bounced around MLB starting with the Cubs for three seasons from 2014 to 2016. He then worked his way to the Kansas City Royals for five seasons from 2017 to mid-2021 until he was traded to the Braves in July, four months before becoming a World Series champion hero.

In the playoffs, Soler was impacted by COVID-19 and listed on the 10-day injury list like many players throughout the season.

His hot streak continued as he hit a home run in games four and six, helping the Braves win their fourth World Series title and first since 1995.

Soler then signed a three-year contract with the Miami Marlins where he found himself at his old turf in Atlanta wearing a Marlins jersey instead. The Havana, Cuba native has only homered once this season but has a career total of 122 homers with a .244 batting average.