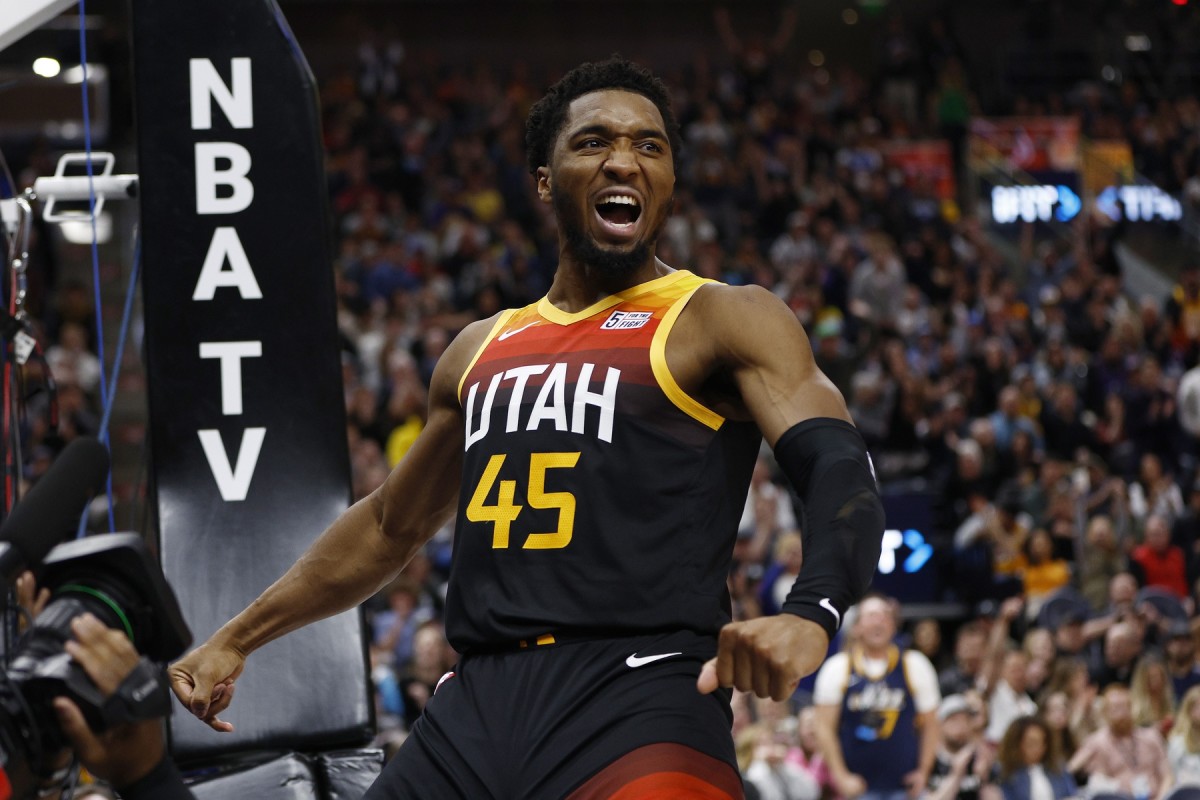 The Utah Jazz beat the Los Angeles Lakers at home in Salt Lake City by a score of 122-109 on Thursday night.

During the win, All-Star shooting guard Donovan Mitchell threw an incredible dunk, and the clip of the play can be seen in the tweet embedded below from the Bleacher Report Twitter account.

The Jazz improved to 46-31 in 76 games with the win, making them the fifth seed in the Western Conference standings.