What will be the role of Mike Conley in this Jazz team? 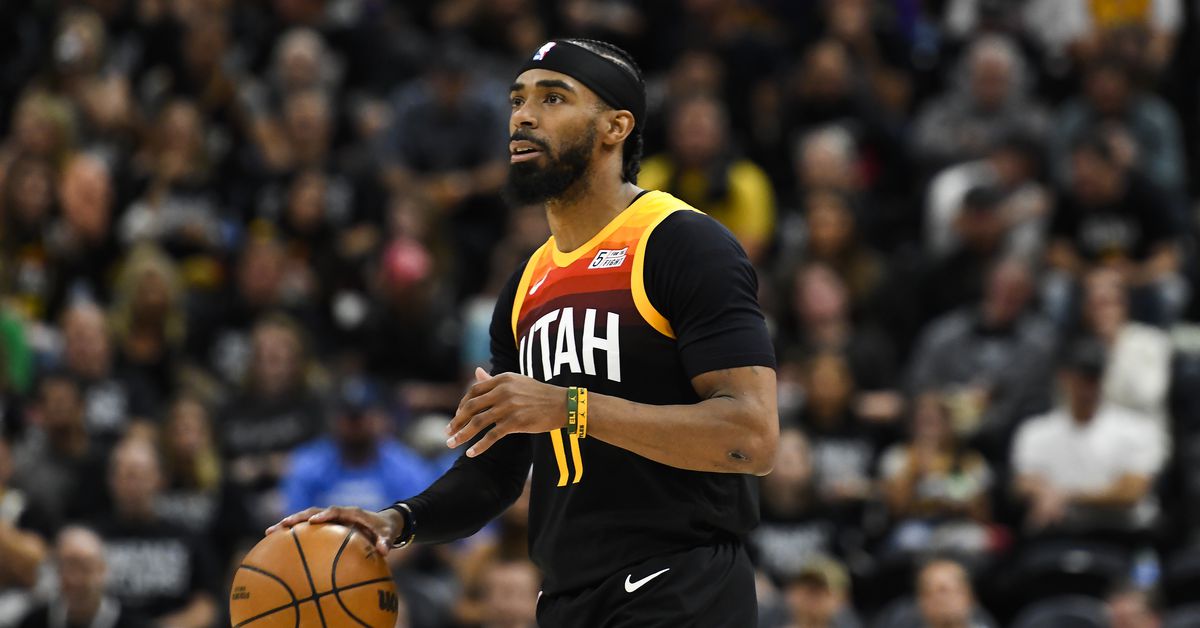 As the Jazz kicked off training camp and media day this week, one of the most interesting storylines approaching this season is that surrounding Mike Conley.

Conley is one of the few remaining players from the previous Utah Jazz era. It’s strange to think that he’s now Salt Lake City’s longest-serving jazz player, with only three seasons here. Conley is an interesting part of this jazz team going forward. He is among the players who could be traded at any time. Well, I guess technically any Jazz player could be traded at any second and it wouldn’t really shock anyone. But given Conley’s experience in the league, his salary, certain rumors and other things – being traded is something that circles around his name pretty much every day.

On the media day, he talked about it with reporters and seemed to be quite open and honest about it.

Mike Conley: I signed here to compete for a chance to win a championship. But I know my family loves it in Utah, so I have to weigh that. If an exchange occurs during the year, I will not close the door to that. But I’m ten toes here ’til the Jazz tell me I’m not

“I think last year, just part of the year, I didn’t play to my standard or what I felt like my team needed me to. But I think [this year] is an opportunity to come out and show what I’m still capable of,” he said.

Conley says he’s conflicted about being traded. If he is moved, he says his family will likely stay in Salt Lake City for the season, so his wife and children can spend a full school year here with their friends. So a trade could mean a more competitive situation, but also means he would be away from his loved ones.

From Mike’s point of view, you can understand that he is in a bit of a sticky situation. The Jazz have been actively shopping for him, and you’d think a team in contention, or one close to it, would want Conley’s experience and leadership. He is expected to earn nearly $23 million this coming season, which might be a bit too much for some teams.

As it stands, Conley is a member of the Utah Jazz. Assuming he stays in Utah, what will his role be this coming season? The Jazz traded for point guard Collin Sexton, who seems to be as jazzed up as anyone here. Sexton is likely to be one of the most exciting players to watch this season and will most likely become a fan favorite very quickly. Will Sexton be the starting point guard and Conley come off the bench? Or will they send yet another undersized backcourt with Conley and Sexton playing 1 and 2 interchangeably, similar to what we saw with Donovan Mitchell? According to the Basketball Benchmark, Sexton played point guard 100% of his minutes in Years 1 and 2 of his Cleveland career. After the Cavs drafted Darius Garland and made him the starting point guard, Sexton played most of his minutes at the shooting guard position. Will that be what we see of him this season?

Collin Sexton notes that he once developed a relationship with Mike Conley, learned patterns from him, and picked his brains out. “He’s been playing for a very, very long time.”

Mike Conley will be 35 in a few weeks. On a roster full of youth and young legs, it would be hard to imagine his minutes not taking a significant dip this season, especially assuming the Jazz aren’t hoping to win very many games. How does that shape his role this season? Is he going to be the guy who tends to injuries all season, but is good for the ‘vibes’ and helping the younger guys develop? Or will he be like what we’ve seen in recent seasons, playing at an elite level as long as he’s healthy?

It will be an interesting thing to watch at the start of the season and as we progress through the year.